A Father’s Experiences in the NICU – Part 1 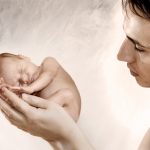 Have you every stood back and watched a father whose infant was being admitted into the NICU? Most discussion about attachment has focused on mothers, yet there is important information for us on what fathers are experiencing and how we can help support their early attachment.

One study revealed how a premature delivery affected both parents. It was separated into 2 categories. The first was “Taken by Surprise”, described as the unexpected aspects of being a parent of a premature infant. The interviews showed that mothers felt powerless and distant in the days following the birth. Fathers felt “shocked” and concerned for both their spouse and infant. They looked to the health care team to gauge how acute the situation. That stated, fathers wanted to be involved quickly. The second category studied was “Building a Relationship” or bonding with their infant. Mothers felt they had lost a relationship with their child built during the pregnancy, whereas father’s felt it was the beginning of a relationship.

There is a marked contrast in the process of attachment between mothers and fathers after birth of an infant. They have different starting points. The study revealed that fathers who were involved early, expressed they felt they were important to their infant’s well being. One suggestion in the study was providing early skin to skin by each parent created the same attachment affect for both parents.

How can we support fathers at the bedside and promote early bonding? What will you do differently in your interactions with dad during the first days after delivery.